Current Suspected Overdose Deaths in Delaware for 2022: Get Help Now!

Learn about Delaware's transition to 988 for suicide and crisis services


DOVER, DE (July 21, 2022) - The Delaware Division of Public Health (DPH) is announcing the state's second and third cases of the monkeypox virus (MPX). Both cases are considered probable pending confirmatory testing by the Centers for Disease Control and Prevention (CDC).

This week, DPH received test results showing that a 46-year-old Sussex County man tested positive for MPX. The patient did not report any travel, and first reported symptoms on July 18. DPH is working to contact the patient to inform them about treatment options and interview them to obtain a list of possible contacts.

Additionally, DPH received test results this week showing that a 25-year-old Kent County man tested positive for MPX. The patient did not report any travel, and first reported symptoms on July 14. The patient has been advised to self-isolate until lesions have fallen off and new skin appears.

"The overall risk to the public is low and remains low," said DPH Interim Director Dr. Rick Hong. "MPX is transmitted through close intimate contact with individuals who have rashes or flu-like symptoms. We urge people to educate themselves about this rare disease, including how it is spread, and to help prevent exposure. DPH will continue to work with medical providers to screen and identify individuals for MPX testing. And we will prioritize our limited supply of vaccine for people who have been exposed to MPX for post-exposure prophylaxis (PEP)."

Beginning July 21, DPH will operate a hotline for individuals with specific concerns because of symptoms or possible exposure. The hotline number is 866-408-1899 and the number will operate with the following hours:

Currently, there is no specific treatment for the monkeypox virus infection; however, antivirals, can be prescribed. DPH has received a limited supply of the vaccine, which needs to be given in two doses 28 days apart. Those who are at the highest risk of exposure to the virus include:

Until spring 2022, MPX cases were rare in the United States. Today, there are more than 2,300 cases nationwide, with Delaware announcing its first case on July 12, 2022, involving a 41-year-old New Castle County patient.

If you suspect you are experiencing any symptoms associated with MPX you should immediately:

To prevent infection with MPX:

To learn more about MPX management and prevention programs and resources, visit https://dhss.delaware.gov/dph/epi/emerginginfectiousdiseases.html. 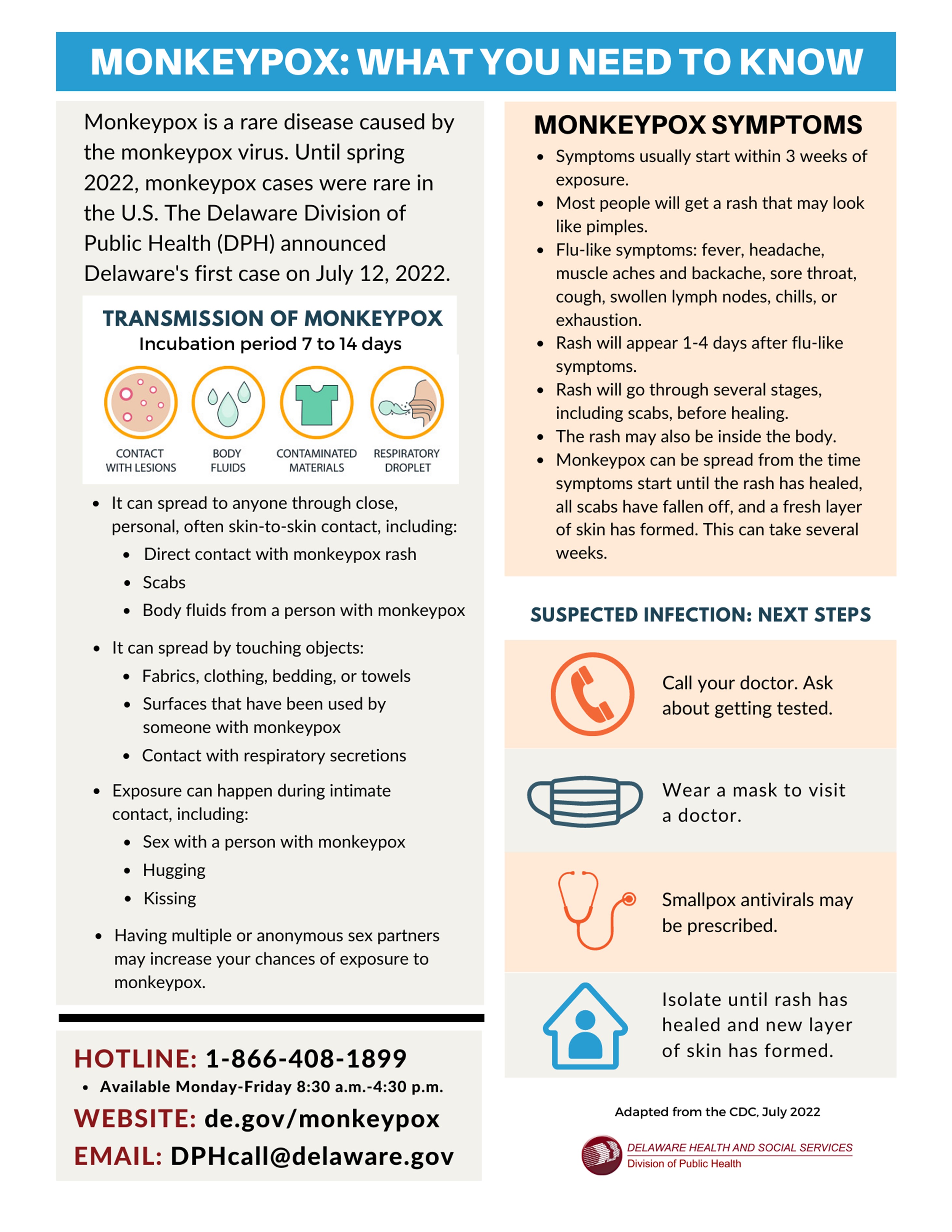 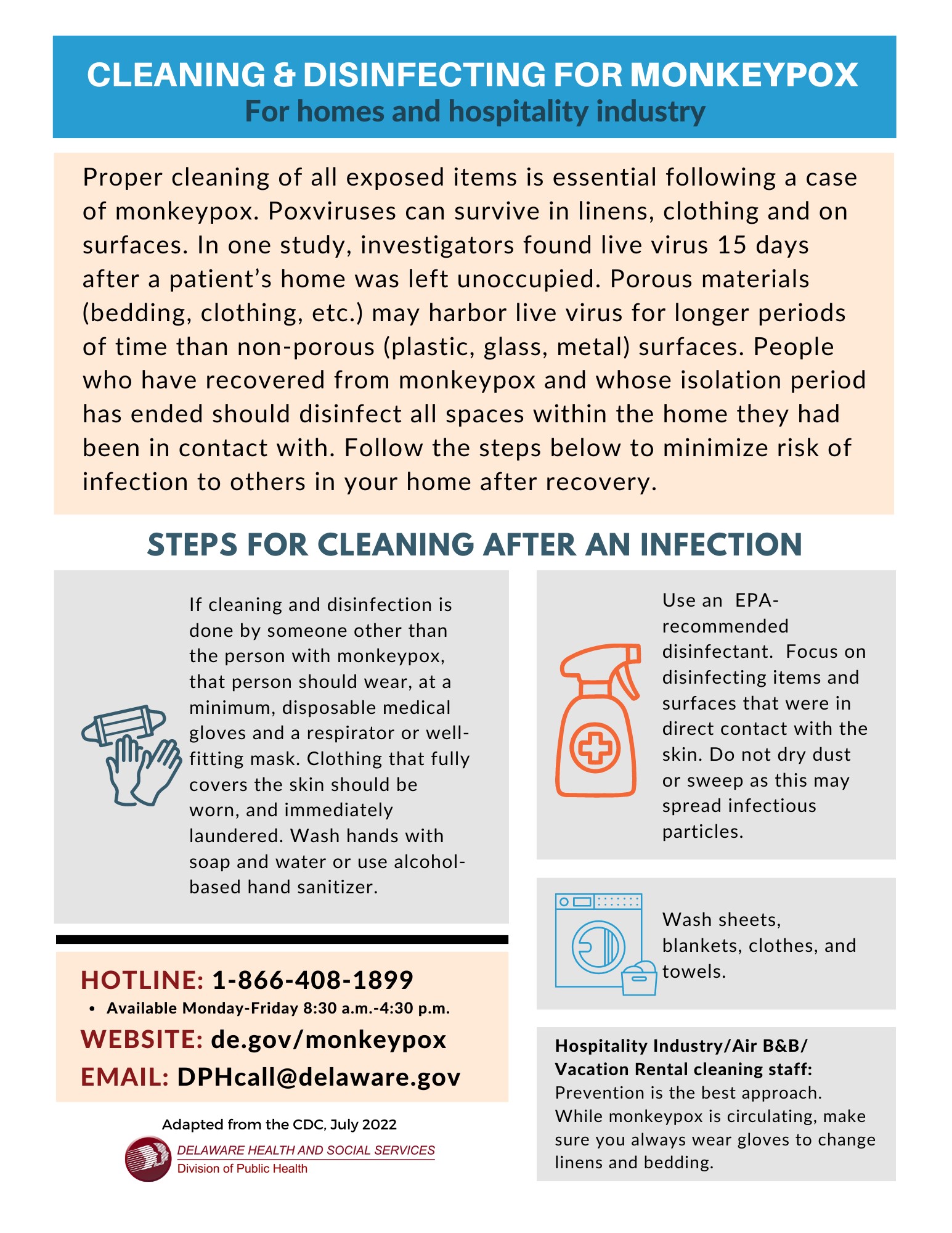 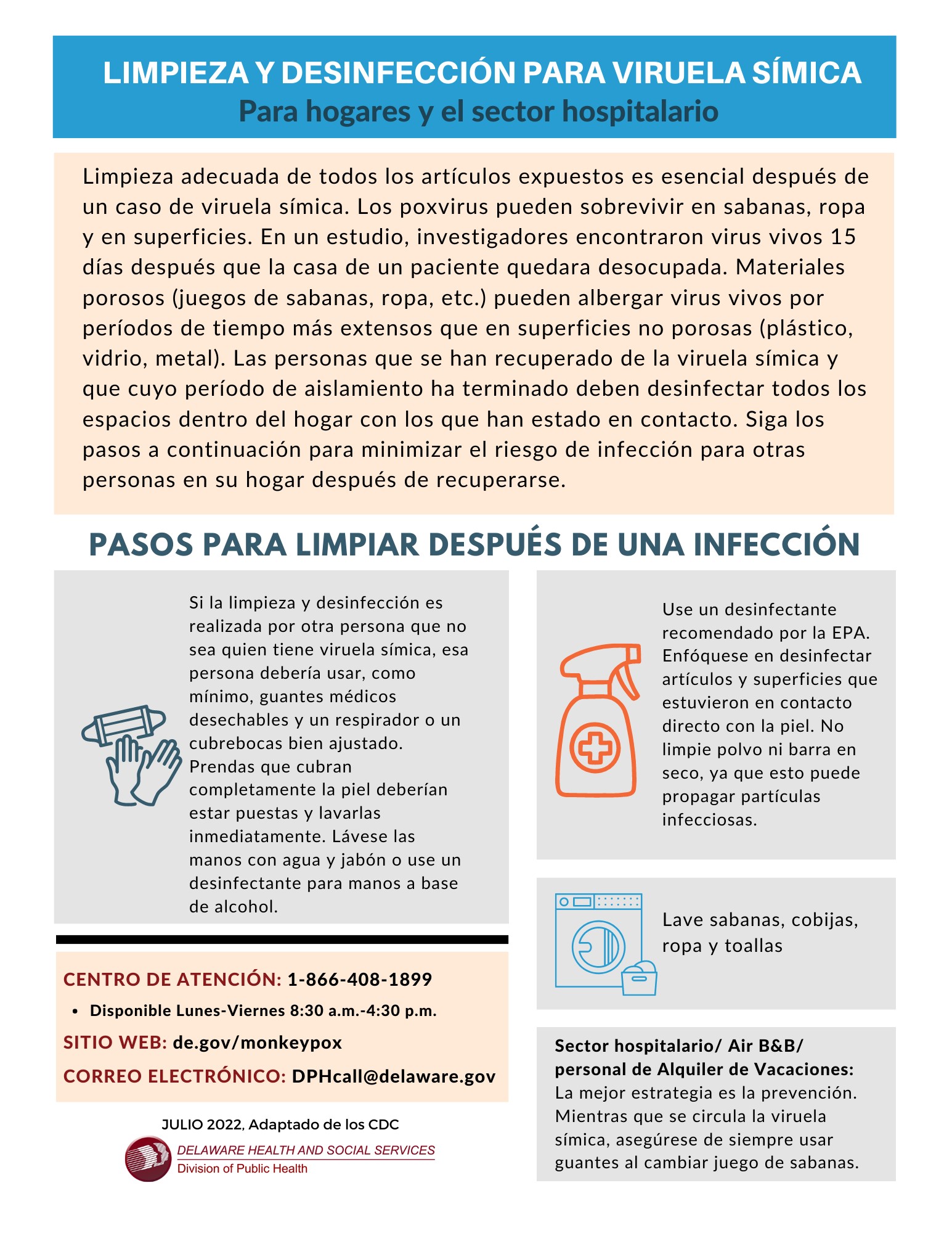 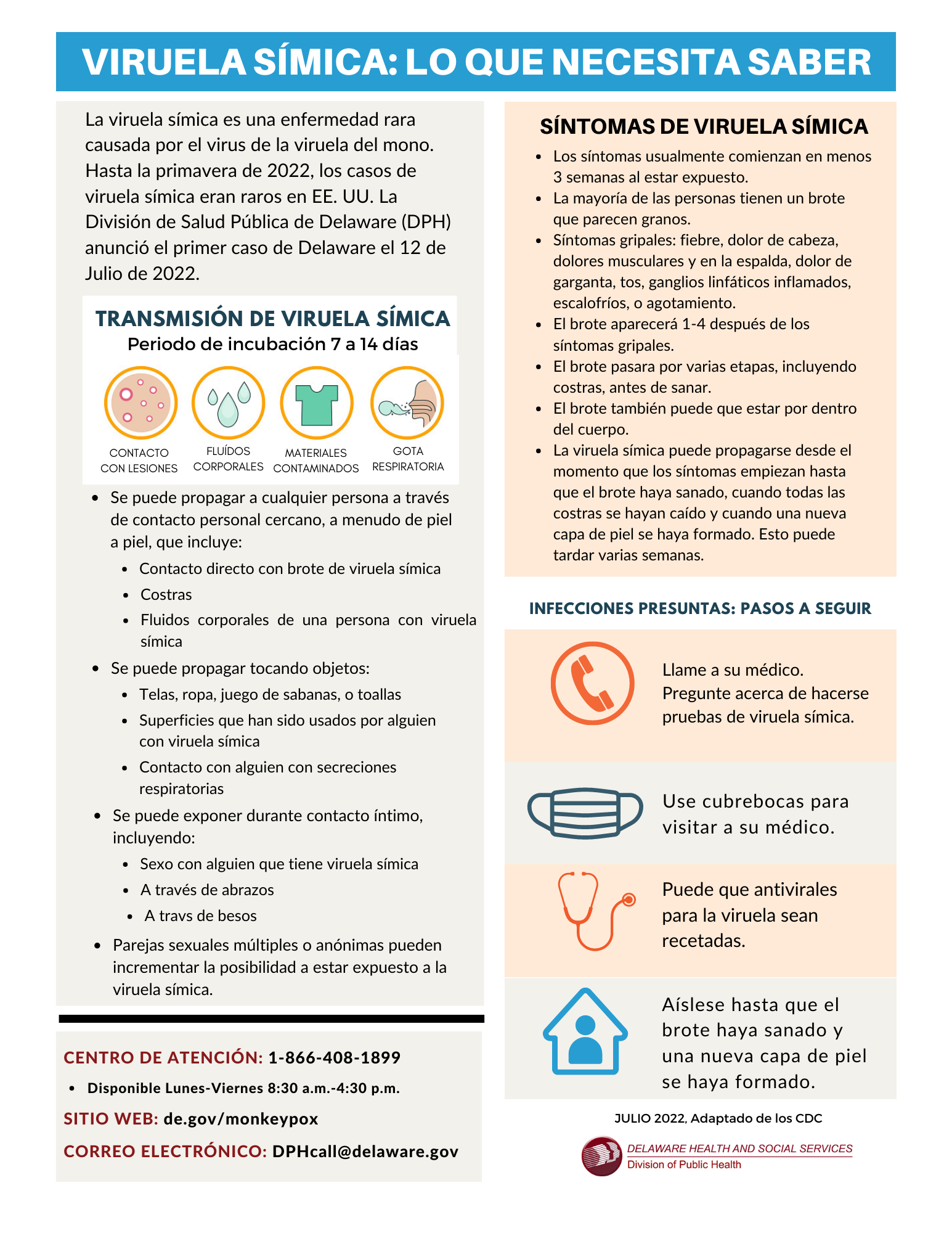 Delaware Health and Social Services is committed to improving the quality of the lives of Delaware's citizens by promoting health and well-being, fostering self-sufficiency, and protecting vulnerable populations.